The official blog tour for Xchyler Publishing’s “Steel & Bone: Nine Steampunk Adventures” has been over for a while, now. …Plus this special character edition post over on Andi’s ABCs, featuring Rowan Charles/Rowena Charlotte from my short story therein. So by all means, go read that, if only to get an eyeful of the fabulous coat he/she wore during my tale’s opening pages. (Seriously. Coat envy.)

But back to my original point. So many tour stops! So much content! So much so that even I – who had a vested interest in the tour – had difficulty keeping up with it all. Between that and the fact that there’s no guarantee which bits of all the goodies provided by the anthology’s authors will see the light of day, it occurred to me that if I wanted to ensure you guys had the best chance of reading the behind-the-scenes info and extras for my own short story in the collection, Ursula would have to take matters into her own tentacles, so to speak.

(*assumed high-fives from all the Disney’s “Little Mermaid” fans in the house. …and my fellow kraken-lovers, because tentacles*

And so here for you, my Ever On Wordians, I present two of my favorite bonus features for my steampunk fairytale, “A Mind Prone to Wander”!

Where It All Began…

“What about me and mine?”

A vision blew in before my mind’s eye: A wash of blue sky, and a white sea of clouds. A proud ship sailing over the thick, misted swells. And riding the rigging, a beautiful young man. Though I could not yet see him clearly, his beauty was clear as anything.

When he saw that I saw him, he smiled, and asked me, “How would you like to work together?”

I thought I would like it very much. But who was he?

“Yet to be determined,” he said, and hopped down from the ship’s rigging. Rather than landing on the deck or in the sea of clouds, his booted feet touched down on the floor of my room, his long coat briefly flaring behind him. A long, stylish coat, tall boots, and a ship… Was he a gentleman pirate?

“No, not I,” he said, brushing his hair back from his face with slim, shapely fingers.

Then why sail a clouded sea?

He tipped his head and looked at me with an enigmatic smile. “Why indeed. What reasons can you suppose?”

I gave it thought, allowing my imagination to wander, rejecting nothing yet, simply searching until I found what felt the truest. Explorer. Adventurer. Spy. Why a spy? What had a spy to do with a sea in the sky? And did this young, beautiful stranger have what it took to be an undercover man? He certainly had the face to be an undercover woman…

An involuntary flutter of his long lashes told me I’d hit somewhere near the mark. Was that what he was, then? A woman trying to pass as a man?

“Not at all,” he said. “A man trying to pass as a woman. Trying, and succeeding. It’s a part of my mission, you see.”

His mission as a spy?

“Would you like that? Espionage seems beyond you. You scarcely read such things, and never write them. Have you any true interest in attempting it now?”

I didn’t, I admitted. He, himself, intrigued me, and I wished to know him better. But was his a story I was fit to tell?

He asked me, “What is the story you want to tell? I have told you, I am yet to be determined. My story is the same. We can determine it together, if you wish it.”

I did wish it. I had wished it. Here was the very character I’d called for, before I’d even known his name. Come to think of it, I still didn’t know his name. What was it? Or was that, too, yet to be determined?

Again, that enigmatic smile. “I have a name. But if you think I’m simply going to tell you now, right at the start, you are much mistaken.”

Would he tell me nothing?

His eyes of undetermined color shined. “I will tell you everything, for it is a tale worth telling. My name, however, is not the tale’s beginning.” 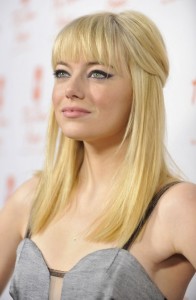 “Beside me, Princess Bellamy doesn’t fidget. Doesn’t shiver. She’s tougher than winter, and nearly as icy.”

In accordance with her royal parents’ oath, Bellamy has been groomed since her earliest youth to become her people’s savior, along with her twin sister. …until aforementioned sister disappears without notice. With the lives of her kingdom’s women on the line, Bellamy fiercely turns her back on what she views as her twin’s betrayal, the better to focus on her destiny ahead. But the monster she’s sworn to kill may be the least of what she’ll have to face.

Arinwald looks at me, and though his expression is as pleasantly neutral as I’ve ever seen it, his dark-golden gaze pierces like a knife point. “Because whatever I told you would essentially be a lie. And do you know how tiring it is to be always hiding the truth?”

Sharp of eye and blunt of tongue, the beastly Lord of Wings’ steward appears to have these primary functions: Manage his master’s castle, serve his master’s guests (*cough* hostages *cough*), and keep hidden his master’s secrets. Regarding the execution of all three without the castle’s visitors dying, the score so far is death = thirty-eight, Arinwald = zero.

And there was I, an amnesiac orphan. Unclaimed. Unwanted. Unhinged, though no one seemed to notice. And most importantly, a boy pretty enough to pass for a girl.

Search though I might, I have no idea who is in this photograph, or even whether the subject is male or female. For the young man called Rowan Charles, that couldn’t be more perfect. After all, the whole reason the king and queen chose him to replace their missing daughter is the hope that the Lord of Wings won’t notice one half of this year’s sacrificial pair is not, in fact, a woman. That the femme-faced co-assassin is out of his mind with inexplicable visions is, apparently, immaterial.

Coming soon: A day in the life of my favorite AMPtW character, and selected questions from the blog tour packet interview. See you then!

P.S. – Have you seen the “Steel & Bone” book trailer? Click the pic if you haven’t, ‘cause wowza!

2 thoughts on “The Tour that Keeps On Touring”