I promised my loyal readers (and whatever random people happen to drop by the blog) that I would eventually tell all about my magnificent river cruise with Tirzah from Amsterdam to Budapest.

But I don’t wanna.

(Aboard ship and in Amsterdam, Netherlands)

The whole thing was just too amazing. Too grand. Too gorgeously surreal. Trying to write it down would be like trying to get last night’s dream on the page upon waking. Maybe I’d capture some of the facts, but it would only further fuzz the memories of the truth – turn what was so rich in the moment into a dry, tired record I’d be totally over chronicling halfway through. 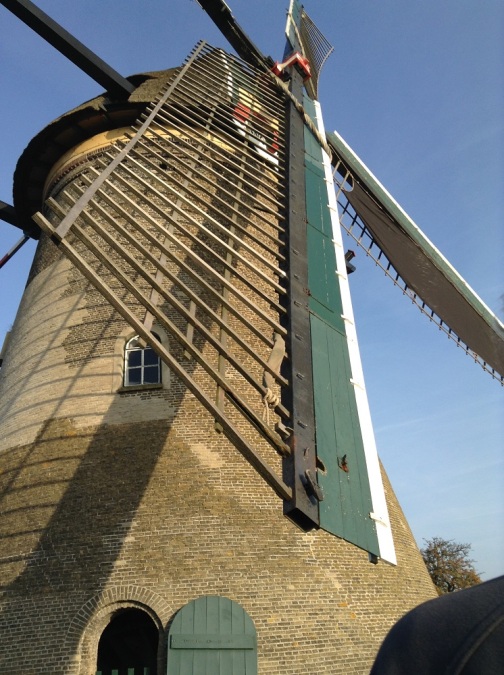 So I’m not going to bother with a detailed narrative. Can’t do it justice, not gonna try. Instead, I’ll talk impressions. Also – *gestures throughout the post* – there will be pics. 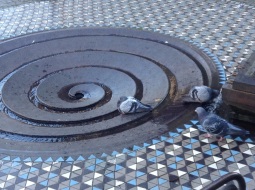 1 = Gant-o’-the-Lute has the right idea. I made the questionable decision to travel with two suitcases, a backpack, a lute in a case in a box… and none of the strapping men in my head to manage it all for me. I should’ve taken a page out of my minstrel’s book: Just whatever clothes I was wearing, and the lute strapped to my back. It would have made the nightmare of train connections at the end of the trip a lot easier, lemme tell you. 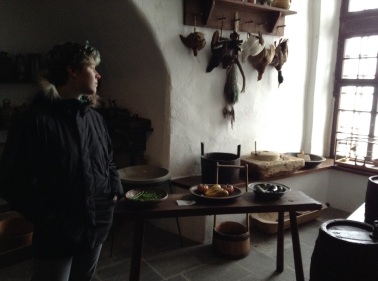 2 = There are actually competent people in this world, and their prince was our program director. I don’t tend to trust people any farther than I can throw them. Humans have a terrible habit of letting me down. And frankly, the lack of solid communication during the registration process for my trip with Viking River Cruises left me none too reassured as to the quality of the hands into which I was placing myself for two weeks.

But our ship’s program director – a German fellow by the name of Oliver – was an absolute dream. 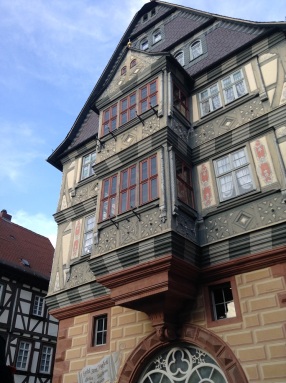 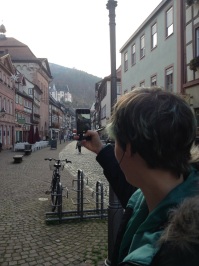 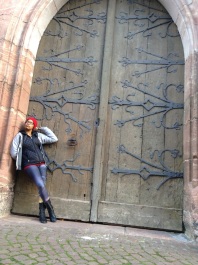 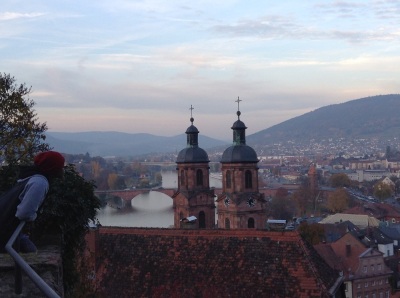 His manner was just so… on top of it. Steady and punctual and a brilliant blend of good-humored and no-nonsense. And not only did he keep us regularly informed regarding our onboard schedules and onshore excursions, but when we had to change ships (twice) due to impassably low water levels (rainfall had been scant for some while, along the river route), he made the transition so smooth that we didn’t have to do anything but make sure our bags were packed – he and his people took care of the rest while we sightsaw on land.

The man made me feel secure. Which I never feel.

Really, my only complaint is that he’s already got a fiancée.

3 = Cruises are a great place to meet the elderly. And a terrible place to avoid them. 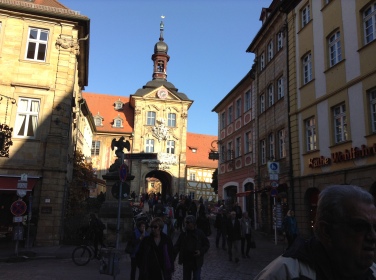 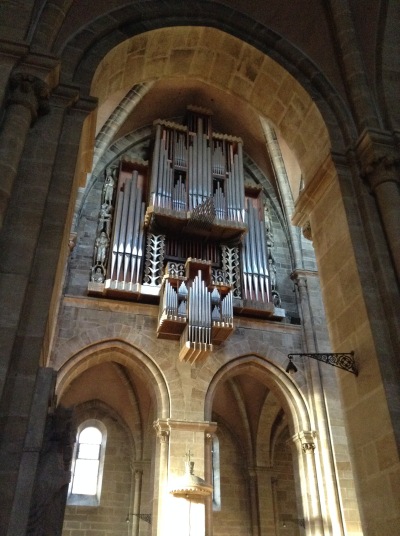 4 = Apparently, Tirzah and I come off like a lesbian couple. Was it her green hair? The way we finish each other’s sandwiches sentences? Our tendency to hold hands when we are particularly delighted or I’m in need of comfort while slogging through a depressive slump? There’s no telling. All I know is, the hordes of senior citizens were continually surprised to learn that Tirzah has a husband. Who is not me. Heck, I’m not sure all of them believed us. Fortunately, I didn’t notice us suffering any discrimination based on the ship-wide assumption, so… good on ya for that, yester-generation. 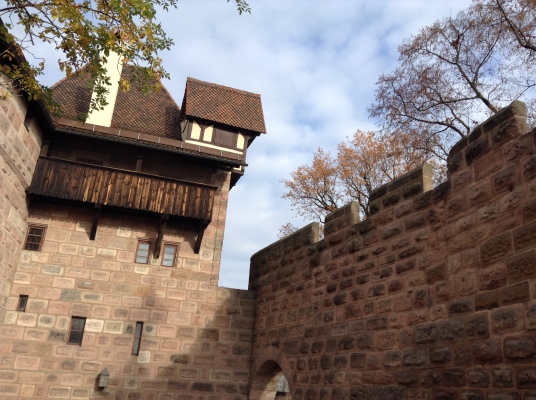 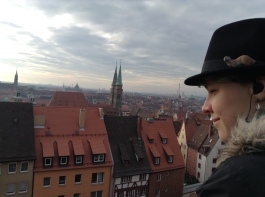 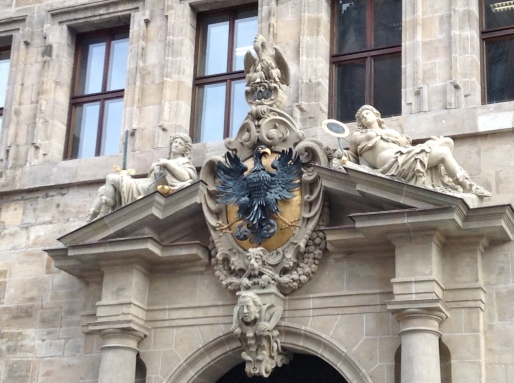 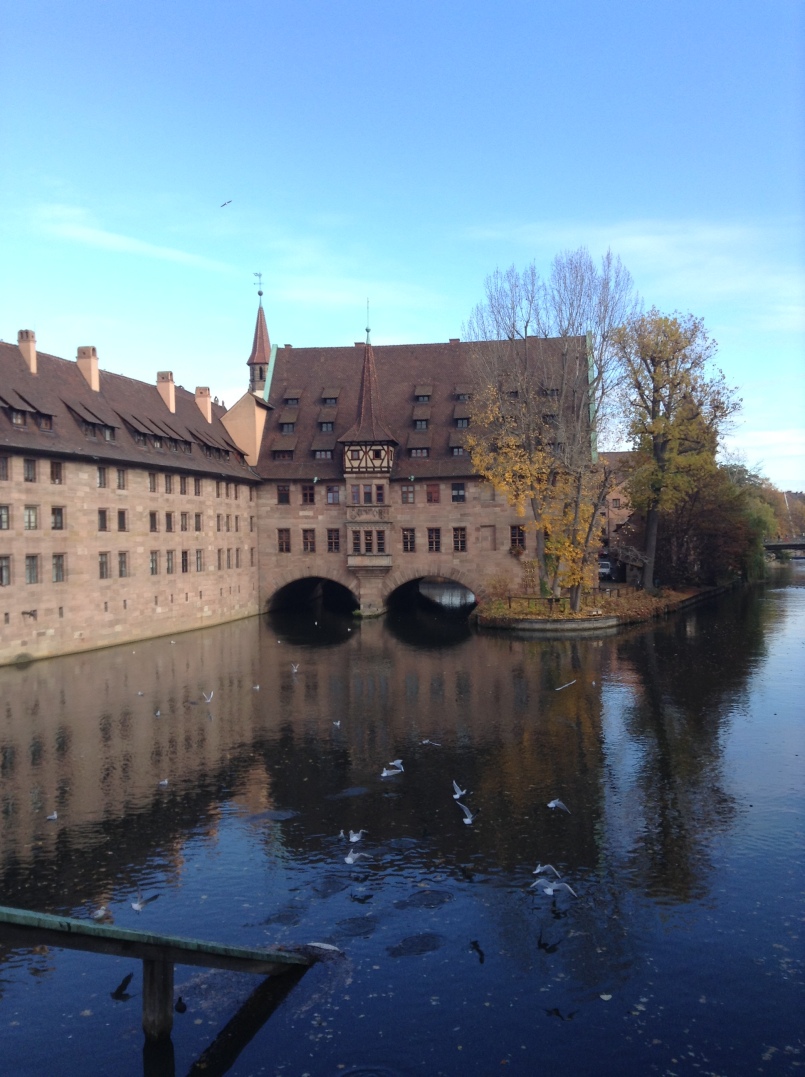 5 = So, that’s what it’s like to be rich. I’ve written royalty and gazillionaires. I’ve seen movies featuring the likes of Bruce Wayne, Tony Stark, and Daddy Warbucks. I can well enough imagine the kind of luxury people like that experience on a daily basis. But I’ve never lived it. 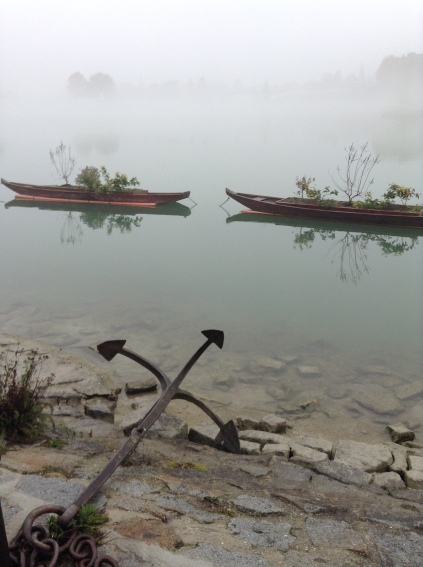 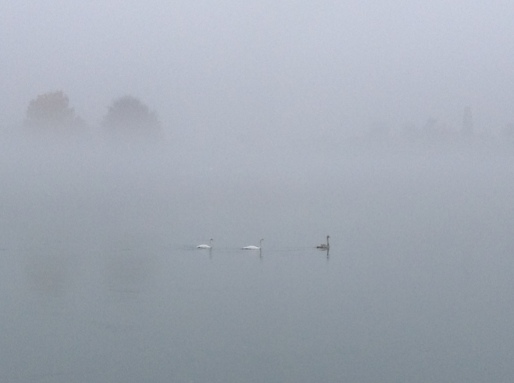 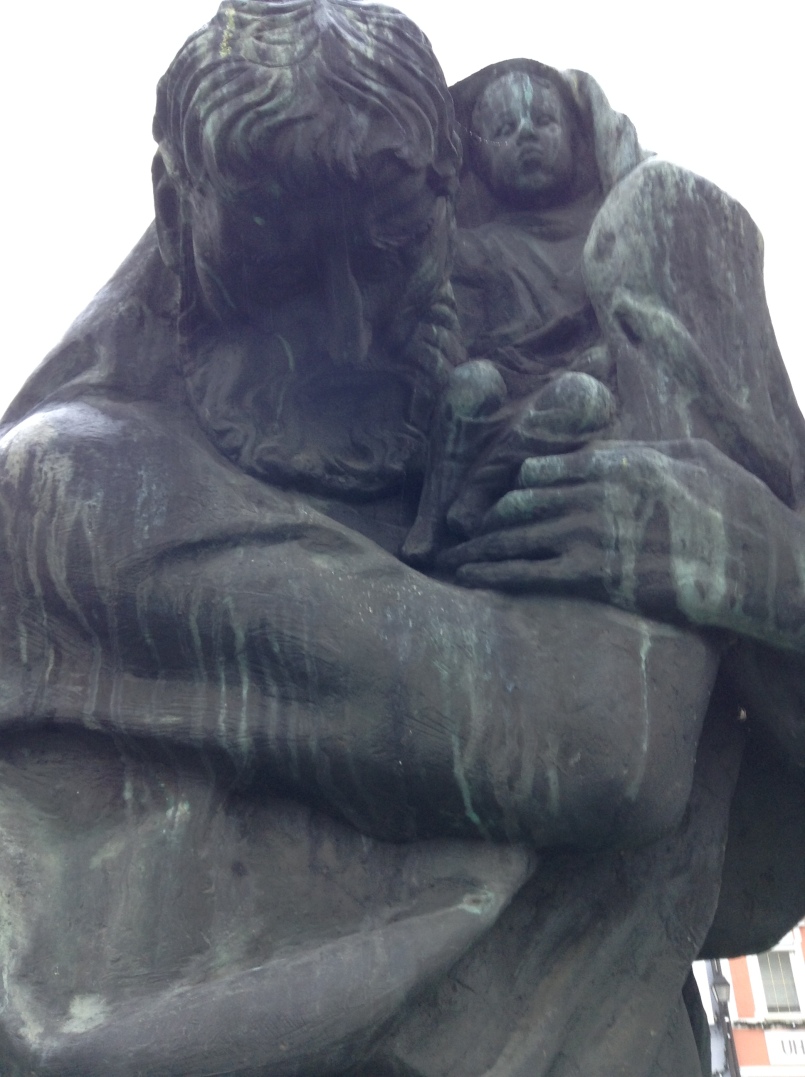 Three gourmet meals a day. Attendants standing by to hand you flutes of champagne and warm freshening towels when you return from an intimate Mozart concert in a palace in Vienna. (Yes. We did that.) I just… what even is that life?? And how many books do I have to sell before I can afford to do it again? 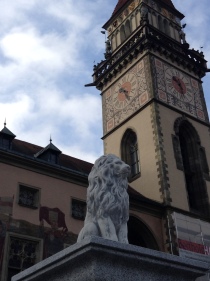 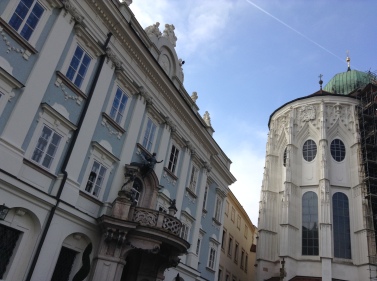 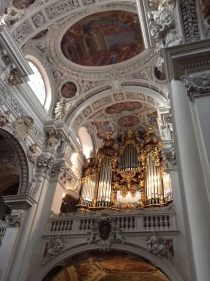 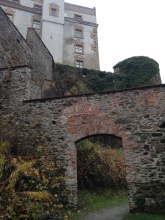 6 = I finally know what a lock is. Not the sort that comes with a key, or a tendril of hair. The locks of rivers and canals. I’d heard of them while proofreading J.D. Spero’s “Forte”, but I couldn’t visualize what they were. Now I know: The boat goes in the narrow passage, the gates close behind, the water fills in and raises (or lowers) the boat to the level of the river on the other side, then onward it sails. Our ship passed through several such locks over the course of our journey. It was cool to watch. 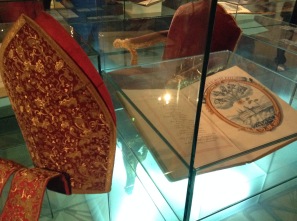 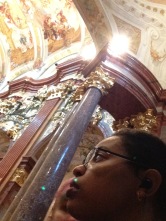 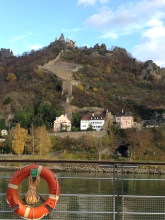 (Melk Abbey in Melk, Austria and on the river through the Wachau Valley)

7 = The Baroque aesthetic was insane. Check out the Prince-Bishop’s palace in Würzburg, sometime. See if you can make it past the front stairs without your jaw hitting the floor from opulence overwhelm. It’s really just as well they don’t allow photographs in there; my poor little iPod and I couldn’t have done even a fraction of the place justice. 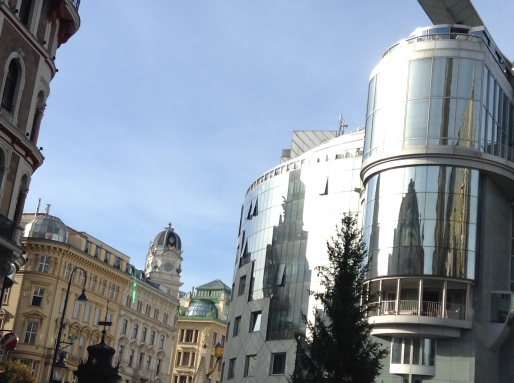 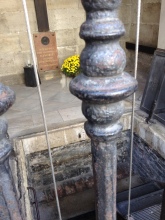 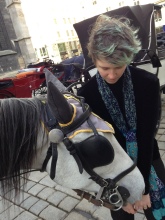 8 = Europe is bae. I shall never tire of castles and cathedrals. I’ll swear the growing greens are greener, the air more delicious, the very cobblestones somehow awash with a magic rarely seen in the U.S. of A. I don’t know where, and I don’t know when, but my home is somewhere on this continent. And I’m closer to finding it than ever before. 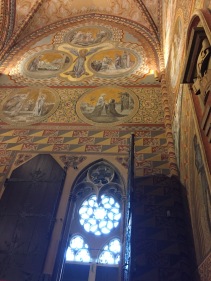 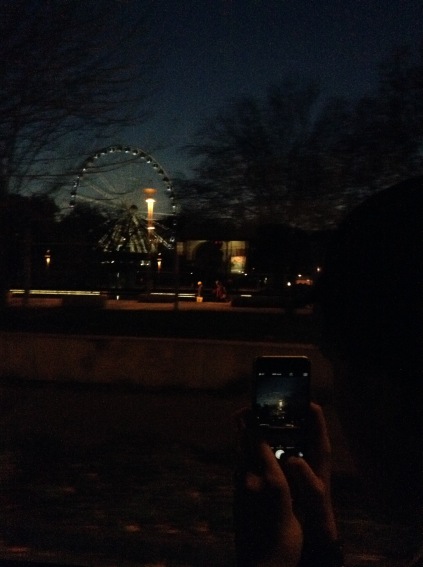 (Budapest, Hungary – end of the line)