Everybody know what day it is?!

“My birthday!” cries Will Scarlet.

No, that was actually yesterday.

“The Ides of March,” says Allyn-a-Dale.

Caesar beware. But that’s not what I’m talking about either.

Elaborate fake shrugs from both. “Then we give up.” “Whatever could it be?” “The suspense!” “Oh, pray, do tell!”

“Noooooo!” Will gasps in delight.

Very merrily do I…

The Ballad of Allyn-a-Dale (The Outlaws of Avalon, Book One) — a contemporary YA fantasy coming your way on July 12, 2016!

Huge thanks to Lars and Milan van de Goor for the photography and design!

You can read my thoughts on the cover (and maybe a sneak peek inside of the book itself… *wiggles brows*) via the wonderful volunteers who have joined me in sharing “Ballad”s face on their blogs. (To see me pointing and hollering thanks to them individually, watch my Twitter.) As for here and now, I’mma step aside and let certain other relevant parties share their opinions. Merry Men: Sound off!

Robin Hood = “Nice,” he says, eyes a-sparkle. “Very ‘spirit of Sherwood.’ Why, the way through the woods looks good enough to commit robbery upon!”

Marion Hood = “I love the light,” she enthuses. “You couldn’t do this book’s cover without a touch of magic, and those golden rays provide just that. Plus, how could I not love the robin?” 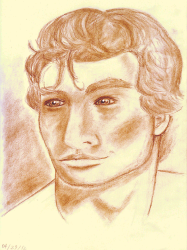 Will Scarlet = “Needs more Will Scarlet,” he declares. “Preferably shirtless. Or in lieu of that, at least throw in a showy splash of red, somewhere. But I mean, if we’ve got to go in another direction, this is pretty, too. *Cough*, just not as pretty as me.” 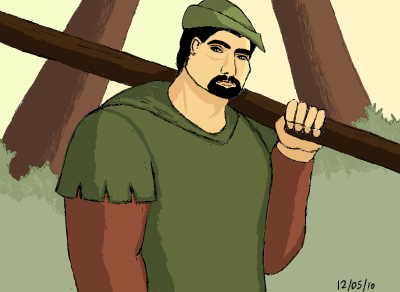 Allyn-a-Dale = “It’s the wrong lute, of course,” he murmurs, with a glance toward me. “A photograph of your instrument, not mine. But the facts aside, the book’s truth shows through rather well. Though it does not show everything – no cover could – I believe it hints at the heart. I can hear my story in it – shining in the sunlight, breezing through the trees, captured in the letterwork’s curves. The music is a match, so I am pleased.”

I could ask for no more. ^o^ …No, scratch that: I could ask that the gorgeous book be out and in readers’ hands YESTERDAY. Alas, we’ve still got a few months to wait. Feel free to add “Ballad” to your to-read list on Goodreads in the meanwhile!

So, world at large – what do YOU think of the cover and novel soon to come? Share below!

2 thoughts on “Less-Than-Hidden In Plain Sight”