First, a quick reminder that time’s running down on my Wilderhark Tales e-book sale; only one week left to get every book in “Ballad”s prequel series for just 99 cents each on Amazon. Don’t miss out on the chance to fill your e-readers with fairytale goodness!

And second, for this post’s main event, a behind-the-scenes story for you:

Once upon a while back, my BFF Tirzah talked me into watching “Firefly” with her*.

*(By which I mean, I was in my house, she was off in her time zone, and the two of us were on the phone, trying to get our respective computers to stream the episodes in sync with each other. Good/frustrating times.)

My reminiscence could go off in any number of directions from here, but for the purposes of this blog post, the takeaway was this: Looking upon Gina Torres in her role as Zoe Washburn, I found myself thinking, “I could see her as Marion**.” 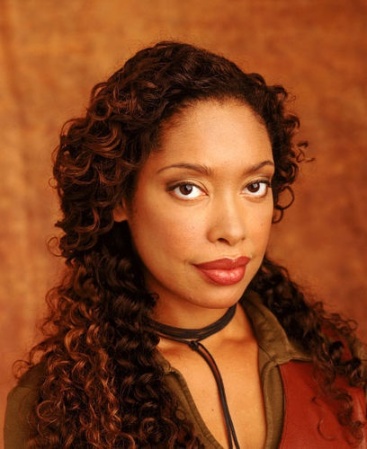 **(By which I of course meant Marion Hood, from my “Outlaws of Avalon” trilogy.)

This idea was noteworthy because, ‘til then, I’d been imagining Marion as white, same as the other 90-some percent of all my characters ever. It’s either my brain’s default setting (call it internalized racism, if you wish; gosh knows I’m privileged in my own mind), or a matter of white imaginary people gravitating toward me more than other races for whatever reasons of their own, but there it is. And on the one hand, Reader Me isn’t much bothered by books or other media with a predominantly white cast. (Unless, y’know, it’s set somewhere that would realistically call for more color.) As I’ve said in the past, that’s not my axe to grind. Then there’s Writer Me, who figures that the other side of the coin is, if it’s not a big deal to me one way or the other, I might as well make an effort at an equal-opportunity mind.

In this instance, there were only a few truths of Marion’s appearance set in stone: Long dark hair, bright eyes (brown or hazel, I can’t quite tell), full lips prone to smiling, middle height, lean build. Based on that, there was zero reason she couldn’t be something other than white. And as far as her background is concerned, it’s not far-fetched to suppose that her father – a noble of some title or another from medieval England – may have had a black wife or mistress. (Fun fact: Black people have existed throughout pretty much all of history.) So boom, executive decision made: My Marion is half-black. (Which I am broadcasting in no uncertain terms now, so that if “Outlaws” ever hits the big screen, fewer people will be shocked that she’s not white even though the book totally told you so, dude.)***

***(Rue and Thresh from “The Hunger Games”, anyone? Sheesh.)

Avalon’s Fey Folk, meanwhile, may or may not be black per se, but they’re definitely dark. Not all of them, mind you; heck, there’s probably a huge range of them that aren’t even human-passing. But Morganne le Fey and most of Avalon’s other resident Faeries? Yeah, they’re brown. Same re-envisioning process as I went through with Marion. All I knew about Morganne’s looks were hair and eye coloring and build. No reason the magical people who populated Europe before it called itself Europe had to be light-skinned all across the board, so they aren’t.

Meanwhile, Will Scarlet gets agitated when I remind him that he’s totally white, because he likes to fancy that he and I are somehow biological siblings. And I mean, I love being his sister, and I wouldn’t mind if he looked like me. Except he doesn’t.

Some characters’ appearances in my imagination are fluid. Others look like they look, and there’s no changing it. Scarlet falls into that latter category – as do Allyn-a-Dale, Robin Hood, Little John, and Merlin, to name a few other prominent members of the “Outlaws” cast. And as it happens, Allyn is mixed-race; his paternal grandmother, for instance, was brown as I am (*waves to Wendara, back in “The Sky-Child”* – which, again, is currently on sale with the rest of the Wilderhark Tales. Juuuuust sayin’). Yet he’s the palest member of the band. Go figure.

There’s still plenty of room for me to balance the ratio of light to dark characters in my written works. And straight up, a “perfect” balance – whatever that looks like – may never happen. I’m okay with that. My characters’ outsides are far from my main concern. So long as I serve up plenty of diversity of spirit, I’ll feel I’ve done my job.

What about you, fellow writers? How do you settle upon your characters’ looks? And writers or not, recall ye: Leaving a blog post comment is one method of many to obtain entry points in my ongoing Rafflecopter giveaway. So if you’ve got thoughts, I’d love to read ‘em below! And speaking of things well worth reading… 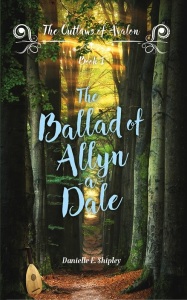 If the Merry Men were Disney princesses, which would they be??

Robin Hood = Mulan (title princess): The best way to bring honor to us all? Stick it to the law in the name of fighting for what’s right!

Will Scarlet = Ariel (The Little Mermaid): A redhead full of reckless curiosity about being a part of that world beyond his own.

Allyn-a-Dale = Snow White (title princess): Doesn’t let an oppressive, abuse-filled childhood get him down – instead ventures forth with a smile and a song to make a lasting, loving impact on a weirdo familial unit in the middle of the forest!

Little John = Aurora (Sleeping Beauty): If only because I’m pretty sure she’s the princess with the fewest lines of dialogue out of all the rest. Plus he’s probably favored of fairies.

4 thoughts on “The Darkening of Avalon”