I’m glad you asked, unspecified italicized voice*. It’s been… something else.

I’ve been about a month working in the Majestic Yosemite Hotel as a dishwasher – ahem, make that as a Majestic Steward, according to my manager.

Running rinsed flatware, glassware, utensils, and more through the pair of heavy-duty machines. Working with the team to keep the kitchen’s dishes in some semblance of order for the chefs and servers. Walking the line between mind- and body-numbing repetition and cracking the puzzles of how to make everything fit on the shelves – like a living video game that dries out your hands and tweaks out your shoulder.

Two weeks into it, aforesaid manager sat me down to say that he was very much impressed with me and wished to groom me into his managerial position. Color me both flattered and terrified! Of course I strive to shine in whatever role I’m given, and due recognition for my efforts is always appreciated. But… a manager? At the Majestic? Whether I’m psychologically competent to handle the responsibility aside, I’ve never planned to stay in Yosemite long-term. By the end of the year (at the latest), I want a place in Fresno with the BFF.

This I told my manager, largely anticipating that would be that. But, “Oh, Fresno?” he says. “The company has a branch in Fresno. Let me make a phone call…” And he totally calls over there to see what kind of position might be available for me within a year’s time.

If that’s not a sign to go ahead and accept the position of his protégée, what in the world is?

I wasn’t long on the job before I started thinking this would all make for quite the book.

Not that I’m big on memoirs (unless you count the upcoming “Inspired”, which I halfway do), but something in the rom-com vein would suit. …minus any romance, at this point, since none of my coworkers have yet to make a move on my heart. That’s just as well. Amusing as these characters may be to read or write, they’re hardly Deshipley love interest material. I mean, just get a load of these guys – all, for the sake of identity-protection, to be called Jo[e]*.

*(As life would have it, Joe is the actual name of one of my coworkers. Which? I’m not about to tell.)

Mansplainer Joe = Here to make sure that I know he knows what I should know. Because I guess my quick competence is only visible to actual bosses, not just bossy people.

Dead Inside Joe = Going through the motions without any memory of why he once cared, if ever he did. Should probably get a different job before there’s nothing left of him to save.

Muttering Joe = What’s that he’s saying? Nobody knows, and I suppose it doesn’t matter, given that he’s 9 times out of 10 talking to himself. Freezes with overwhelm when the servers pile the unwashed dishes too high at the sink. Will be taking his break now whether there’s anyone to relieve him or not

Super Joe = This elderly man doesn’t speak English (I think he’s some kind of Eastern European?), but he can pull and stow dishes like nobody’s business. “He’s a superhero,” Dead Inside Joe says candidly. “Whenever he’s here, I feel safe.” Clearly, the Majestic Steward that Gotham needs right now.

Sociopathic Witch Priest Joe = …Or so he claims. There’s no telling how much of his manic chatter is true, and how much is him just trying to keep himself entertained. Can verifiably wash and load dishes at the speed magic, if and when he can be bothered to work at all. Loves my high-level use of English. Thinks we should plot a murder together.

Boy Band Joe = Looks like an early Nick Carter. Proudly calls himself the weirdest person here. (Which, wow, have you not met Sociopathic Witch Priest Joe?) Can barely keep it in his hairnet. Low-key resents the manager acting like this is a job to be taken seriously.

“It” Girl Jo = Or is Boy Band Joe the only one hollering for her attention all night? Whatever the case, I’ll totally buy her as the queen bee of the dish pit, proving that you don’t have to look like (or be) a Mean Girl to read as popular. Knows her job and gets it done. Caught me proofreading “Inspired” and showed an interest. Obviously one of the smart ones.

And those are just some of the folks I encounter day-to-day, to say nothing of the rest of the kitchen’s colorful crew. Come at me, Netflix; let’s collab on the next hit original series.

– One free meal (often big enough to split into two), plus random tidbits to be had throughout the day. I’m saving like whoa on groceries! 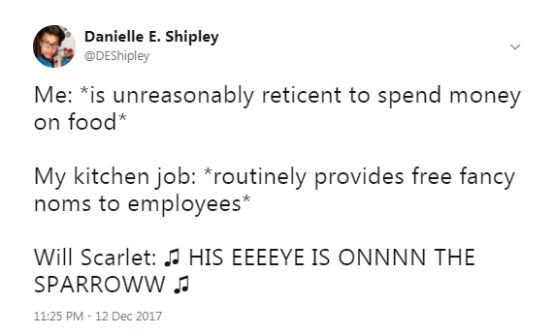 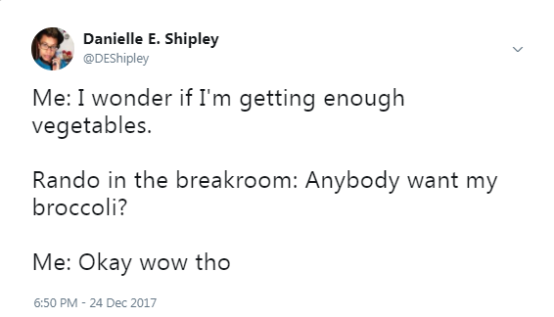 – Steady money via a job I don’t hate. I began to doubt I’d live to see the day.

– Yosemite itself. Sure, I spend most of the winter’s limited daylight hours laboring indoors, but nature’s glory is never far, and is miraculously healing. My head and heart, praise God, are feeling healthier than they have since before the trauma at Germany’s end – and that goes for some of my characters, too.

– Seriously, my characters love it here. The trees and rivers and mountains fill them with joy. And since they’re inside of me, the benefits are partly mine to share.

– When I’ve got two days off to rub together, the BFF is just a few hours away by bus and train. Our reunions are always sweet, and keep us going strong until we’re back together for real.

For now – and for once – I’m fairly sure I’m where I’m supposed to be. Certainly, I’m feeling well taken care of. And whether this experience ever makes its way into a book or onscreen, I know it to be well worth living.

2 thoughts on “The Life and Times of Yosemite Dan”