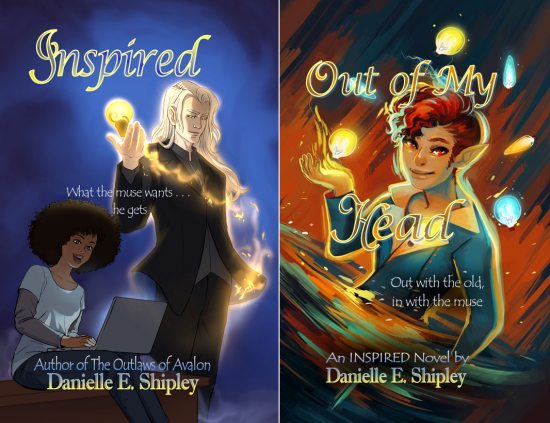 Fun fact! All of the main characters in my novel, “Inspired” – (coming in all its awesome re-release glory on March 13th!) – and it’s all-new sequel, “Out of My Head”, were deliberately based off of someone else. Annabelle Gray is totally me. Her parents and sisters are essentially mine. And her characters? Well, a couple of them have yet to attain final-form stories of their own. (Sorry, guys behind Uri and Abishan! Maybe someday. I shall try.) But as for the rest, if you’ve been keeping up with the Deshipley bibliography, you’ve met them before.

And just how do these inspiration characters feel about what I made of them in the “Inspired” novels? According to Annabelle, there’d be only one surefire way to find out: A character questionnaire. So everybody give it up for my featured museling of the day!

*(Tailored service, while you wait; the wait’s well worth Wyle)

“Inspired” Counterpart: Sir Wilbur Lamb, knight of The Order of the Dove 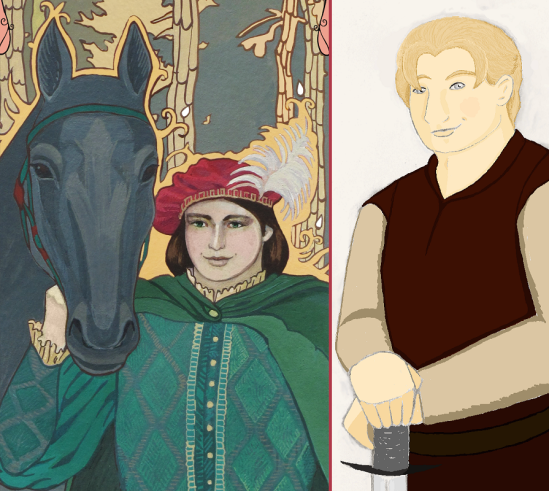 How Do You Feel You and Wilbur Are Most Similar?: “Oh, in many ways. Our personalities are basically twins. We love people, and live to care for them. And ‘people’,” he laughs, “very much includes our horses. We’ve also both borne the dubious honor of being our author’s crush. …though I believe he handled it better.”

Most Different?: “He’s much more physically inclined than I am. Not that I haven’t been known to carry an enchanted princess down a beanstalk, when circumstances call for it. But he sees stuffed dummies as a faux opponent for battle exercises; I see them as a place to pin a ball gown in the making. I appear to also be the more outgoing, of the two of us. A bashful sheep, dear Wilbur can often be.”

Favorite Part of the Book?: “Can it be from Book 2? Oh, good. I like the chapter wherein Wilbur attends a service at Annabelle’s church. It’s a little emotionally trying, in its way, but so very sweet and sincere. Refreshing, too, to see a story where religion isn’t the focus still take a few pages to establish the characters’ spiritual side. I don’t recall having seen that done particularly often, in fiction.”

Favorite Character Besides “Yourself”?: “High goodness, that’s difficult. Ask me to pick among my friends, why don’t you! But perhaps I would say Uri, because … well, this bit says it well.”

“Wait,” said Wilbur, rising after her and – to much face-making on Uri’s part – pulling her into a hug. “How whole you are,” he murmured. “And how much fuller you’ve become since first I knew you.”

“Thanks, man. You’re nice and full-figured, too. Can we not hug?”

Thanks for your time, Wyle! And readers, stay tuned – both for the continuation of this questionnaire series, and the release of the “Inspired” novels!

Got any more questions for Edgwyn or his author regarding “Inspired”? Ask away in the comments!