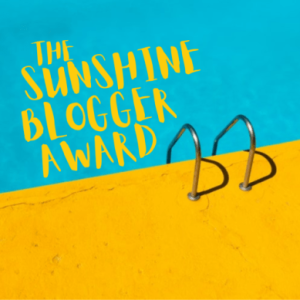 For the second time within the same blue moon, I have been officially tagged by The Story Sponge – this time, for the Sunshine Blogger Award!

The rules are these:

1 = What is one phenomenal book that you think more people should know about? 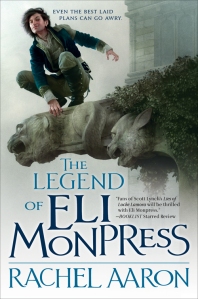 Not counting the ones I wrote? I’m thinking we must need a bigger fandom for “The Legend of Eli Monpress” by Rachel Aaron, because I need more fan art to ogle and possibly a movie/TV series to cringingly anticipate.

2 = Who is one of your favorite fictional characters and why?

Obviously, there are dozens of people I could name here, even if I left my own characters out of the mix. Rather than force myself to choose one here and now, allow me to direct you to a vintage Tumblr post of mine, displaying a short list of heroes, thieves, heroic thieves, and villains/antagonists I would gleefully be or be with for a day.

3 = What is a song that you really love at this moment? 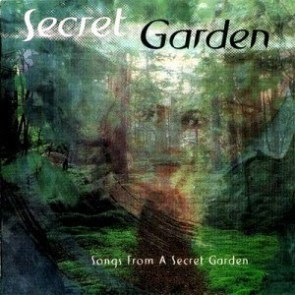 Anytime “Papillon” by Secret Garden pops up on my Pandora, my heart just sighs and sinks into the beauty. The song may be named for a butterfly, but to my ear it is gliding swans and figure skating and snowflakes dancing down to melt into the green of a willow-and-waterweeds garden.

4 = If you could acquire one real-life skill overnight, what would it be? (like the ability to perform neurosurgery or play the accordion or balance a grape on your nose for extended periods of time)

I’m torn between the ability to fluently speak all of the secondary languages I’ve ineffectively studied over the years (Spanish, French, Italian, and for the love of tongues, German), and the power to play anything on the piano, like some Mozart-esque musical maniac.

…Actually, that’s just naming the same skill twice, for what is music but yet another language?

5 = If you could acquire one non-real-life skill overnight, what would it be? (like the ability to breathe underwater or control objects with your mind or balance a grape on your nose for extended periods of time)

TEL *claps* E *claps* POR *claps* TA *claps* TION. I have more places to be than I have time and energy to get there. It’s 2019. Where’s the accessible insta-travel for all? Or, at the very least, for ME?

6 = What book surprised you the most this year, and in what way? (It doesn’t have to be one that came out this year) 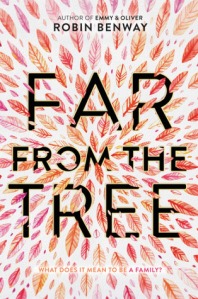 I had not expected “Far From the Tree” by Robin Benway to make me cry so much, yet there we were.

Also, I finally ended up reading “Harry Potter and the Sorcerer’s Stone”, and hey, who knew the writing was actually so amusing? (Answer: The basically 3 out of every 4 people on the planet who’ve already reread the book 77 times, that’s who.)

7 = Would you rather be a superhero or his butler?

Fun fact: Being a butler is one of my low-key superpowers.

8 = What makes you laugh? (Besides reading this blog, because I already know I’m hilarious)

Me: “Hmm, what does make me laugh every time?”

(Disclaimer: I will not necessarily laugh at people genuinely and perhaps painfully falling down in real life! As a slapstick fictional device, though? Yes. Peak comedy.)

9 = What is something that you know is silly but you love it anyway?

Let’s just say the ‘90s produced a plethora of songs/albums just for kiddos, and my 30-year-old self is nostalgically fond of quite a few. (This answer brought to you: “Bananas in Pyjamas”, “Sesame Street”, “Barney the Dinosaur”, Mary-Kate and Ashley Olson, “The Little Mermaid” spin-offs, and more.)

10 = Which fictional character would you adopt in a heartbeat?

If I may cheat and name a twofer, I’d snatch up Tod and Copper from Disney’s “The Fox and the Hound”, because ‘heck yes!’ to having a pet fox, and ‘heck no!’ to their canonical life trajectory. 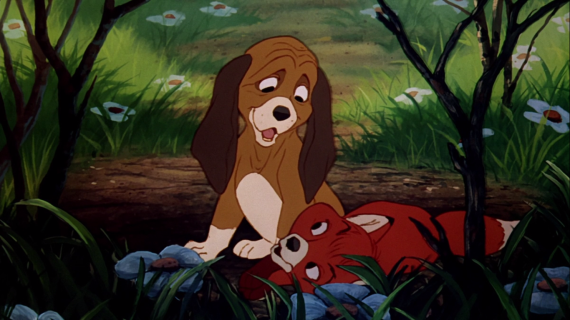 11 = If money was no object, which book would you adapt either into a movie or into a Broadway musical?

“OUTLAWS OF AVALON: THE MUSICAL”, pleeeeeease! (On Broadway, or animated by Disney, take your pick.) Or, y’know, I actually do have a trunked manuscript from a decade ago, entitled “Vampire: The Musical!”, which has been begging since conception to make it onto the stage or screen or radio, if I could only figure out how to get it there.

As for a new set of 11 questions to ask and see answered… that sounds like a bit of fun for a future blog post. Stay tuned!

In the meantime, readers, if you’re just itching to give your own answers to the questions posed above, be ye not shy, but share in the comments!

One thought on “On Fictional Faves, Silliness and Song, and Potentially Grape-Related Skills”