By the time we hit the October release of “The Legend of Allyn-a-Dale”, I’ll have spent enough time reading, re-reading, and re-re-reading this final book in the Outlaws of Avalon trilogy to be heartily sick of it. So this is probably a good time in the publication prep process to remind myself of all the reasons I actually do adore this book. Seriously, the whole series is my favored child, but Book 3 is the best of the best. And here’s why:

Things I Love About #LEGENDofAaD

– Medieval Sherwood! Awesome as it is watching my outlaws in a modern Renaissance Faire, we all know that the proper habitat for a Robin Hood story is the one and only Sherwood Forest. (Don’t come at me talking ‘bout Barnsdale. I know some accounts place him there, but I’m not here for that.)

– *hearts for eyes* The bromance is strong with this one. So much so, that I briefly toyed with the idea of titling Book 3 “The Brotherhood of Allyn-a-Dale”. (Would’ve tied into the whole thing with the monks, too, for double the aptness.) But “Legend” just sounded so much more legendary that I decided to let the brotherhood theme stand without titular representation.

– The songs. There aren’t many – only two full ones, and a snippet of another (not counting the bonus song at book’s end and the fact that the whole story is laid out like a symphony or something) – but they’re so good. Expect recordings that don’t do them justice, eventually!

– Every time Allyn embraces being a badass. There are several instances of this. It makes me happy. *blubbers something about my baby minstrel’s come so far*

– The villains! I can never write enough villains to suit me, but this book has its share – ranging from “ugh, you awful creature, how dare you” to “DELIGHTFULLY CREEPY” to mah boi Sheriff Swanton who

and 2) *cough* is basically me if I’d been born a white nobleman in 12th-century England *cough*. 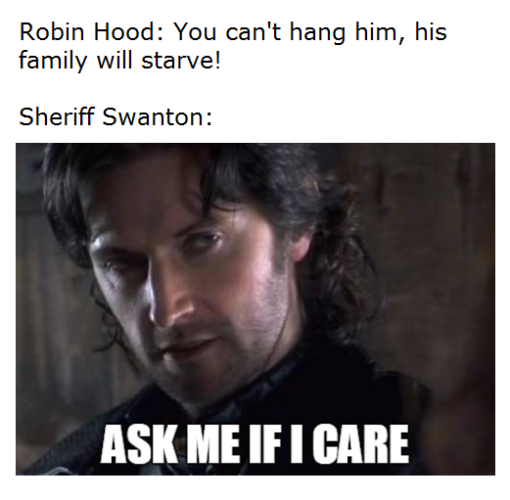 – When Will Scarlet goes deer stalking.

– When Robin Hood patrols the highway.

I love scenes w/ Robin Hood & his homies & nbd physical contact. Merry Men got their problems, but “too bro to touch” ain’t one.

– The Final Battle. I… really can’t say much more than that without giving something away, but… yeah. I get way too into it during every re-re-re-read.

– The final chapter. *sniffles* Just get there, you guys.

Things I Hate About It, Tho

– Time travel. Specifically, having to write a time-travel plot. I didn’t suffer the last time I dabbled in wibbly-wobbly, timey-wimey stuff because, I dunno, I guess “The Seventh Spell” was just a li’l angel who let itself come out easy. But “Legend” tangled up my head, man. Probably because, magical shenanigans aside, I tried to hang on to the barest semblance of realism in my portrayal of England under Henry II. But let’s be clear up front, y’all: This is less Historical Fantasy than it is “historical” FANTASY, savvy?

– Every time I work on the book, Will and Allyn get wrecked. That’s the risk you run, living on in the author’s head, outside the book: Rereading means reliving. So I’m very sorry, character friends, for all the feels that you must repeatedly suffer. Yes, you may cry through my eyes whenever you need to.

– Release Day is still 5 weeks away?!? I don’t want us all to have to wait that long! But we do. Meaning it’ll be at least that long before I get to hear everything YOU GUYS love about “Legend”! Though I guess you could always list what you love about the cover and blurb…

Long ago: Hailed as heroes, killed as criminals, an extraordinary band of outlaws met their end in Sherwood Forest – all except the four who were supernaturally saved, and the one who did not exist. …Not yet.

Now: With Avalon Faire’s living legends finally free to move between the realms of magic and modernity, there’s no dream too fantastic to reach – including that kept alive by a secret society, awaiting only the right time, and the right minstrel, to rewrite history.

Just when the future seems brightest, the Merry Men find themselves thrust into the past, facing a second chance at the lives they might have lived … or the death they might not have the luck to cheat twice. For the otherworldly Allyn-a-Dale, it’s all in a day’s destiny. For an already struggling Will Scarlet, it’s a nightmare that may prove black enough to break him. And for the whole of the band, it’s anyone’s guess whether courage, cunning, and camaraderie can win out against their most infamous enemies: The Sheriff of Nottingham, Sir Guy of Gisborne, and – for once in eternity – Time.