I feel I owe you an apology.

When first I wrote of you, in “The Ballad of Allyn-a-Dale”, I didn’t know the first thing about you. Not meaning you, the legendary queen of Camelot; most of the world knows a thing or two about her. I mean you, eternally alive in Avalon Faire. You, the character. You, the person. You, yourself.

In all honesty, I’m still not sure about how well I know you now. 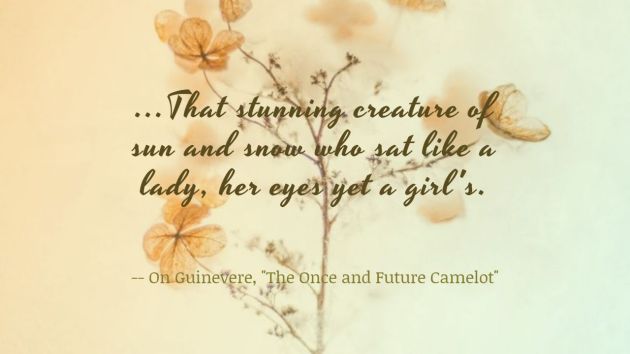 “Ballad” and “An Avalon Christmas Carol” showed me that you’re big on games. Watching you partake in the Faerie revels of your second novel appearance suggested to me that you were more at home among the Fey than in a castle. In Outlaws 3… erm, I’m honestly not remembering whether you had any page time in that one. I feel like I mentioned your horse…?

Well. The Outlaws series was never about you or yours.

Then came the drafting and redrafting of #CamelotWIP, and with it, the need to uncover your role in the story – not merely what you did or didn’t do, but why. And in the process, and I made a discovery:

You are not a woman easily known. Not to me, nor to your Faire-mates and family, nor even to yourself.

I’ve had one friend accuse me of simply paying you too little attention, because that’s how my brain tries to default with female characters. And I can grumpily admit, while striving to do better, that this could play a part in the matter. But in all fairness, Your Majesty, you are a puzzle. A special blend of subtleties, contradictions, and secrets. If there’s one thing your long years in Avalon have taught you, it is inscrutability.

From what hidden cyphers I’ve been able to decode, though, it’s clear you’re a soul worth half-knowing: Thoughtful, resilient, and brave. Marion Hood knows your value as a friend; Gawain, in particular, as a queen; and Arthur… well, few know how to value individuals the way Arthur does.

You’ll have seen stories portray you just about every which-way, over the centuries. I hope you’ll feel my own account does at least a part of you some kind of justice.

(You’ll have been waiting your whole life for justice, poor girl.)

One for the #CamelotWIP playlist!

For Guinevere =  Although “The Willow Maid” by Erutan is no perfect match for Her Majesty’s story, I would say it captures certain facets of the spirit – the softness, sadness, sharpness… and, not least, the soul of the Greenwood. 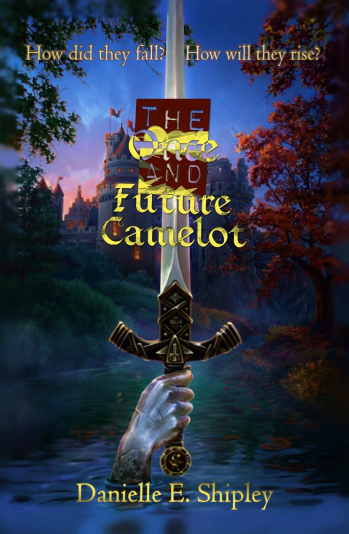 Everyone knows the story. Nobody knows the truth.

According to legend – and to Merlin’s prophecies – the great King Arthur Pendragon will someday reign again. But “someday” has been a long time in coming, with decades spent confined in Avalon, the ancient Faerie isle disguised in modern times as an everyday  Renaissance Faire. What remains of Camelot’s court pass their summers by putting on famous faces for the Outside world, all the while questioning who they were before death and magical rebirth robbed them of their memories.

For Camelot to rise again, they must remember the fall.

With nothing but centuries of hearsay to mine for clues, the mysteries remain: Were Queen Guinevere and Sir Lancelot the betrayers, or the betrayed? How came Sir Bedivere to be known as “the One-Handed”, and what hand had he in the kingdom’s undoing? Did the inscrutable Morganne le Fey stand with Arthur, or with his enemies?

And do truly great enemies ever die?

In this epic successor to the Outlaws of Avalon trilogy, the time comes at last for “once” and “future”  to unite, thanks to – (or in spite of) – a king and a wizard, the Round Table and the Fey folk, and one outlaw minstrel whose destiny has only just begun.

“The Once and Future Camelot” – coming soon!

2 thoughts on “Letters to Camelot: To She Whose Heart Remains Unguessed”